The  "Twist 'n Turn Skipper Europe" #8519 is only being sold for one year - in 1972. Box dated: 1972. Some collectors refer to her as the "German Skipper", because she was sold mainly in Germany (though some were found also in the UK). She does not come with a headband.

This European Skipper doll is packaged on orange blister cards. She has straight legs a body with a twist and turn waist.

There is no "redhead", these dolls are only produced as "brunettes" and "blondes". Unlike stated in some sources, blonde dolls aren't harder to find than the brunettes. They both are rare.

This doll's hair looks more synthetic than the vintage SL Skipper's hair. The bangs tend to part in the middle. Many dolls have very long and layered hair.

The eyes are painted like the ones of the Reissue Skipper dolls.

More than half of these dolls have a factory "flaw": One of their legs is longer than the other leg (pls see the NRFB photos below). Other than the pink skin SL Skipper and the Re-Issue Skipper, this doll's face doesn't tend to discolor. 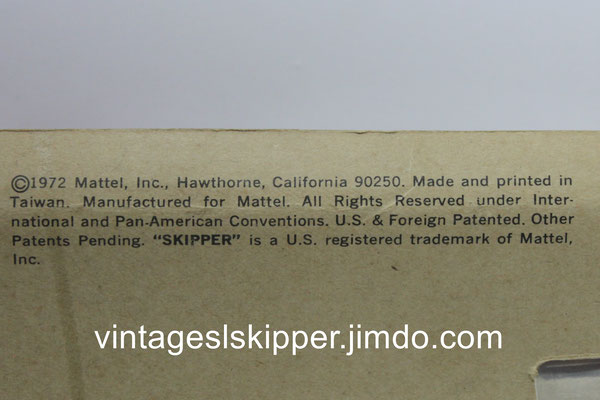 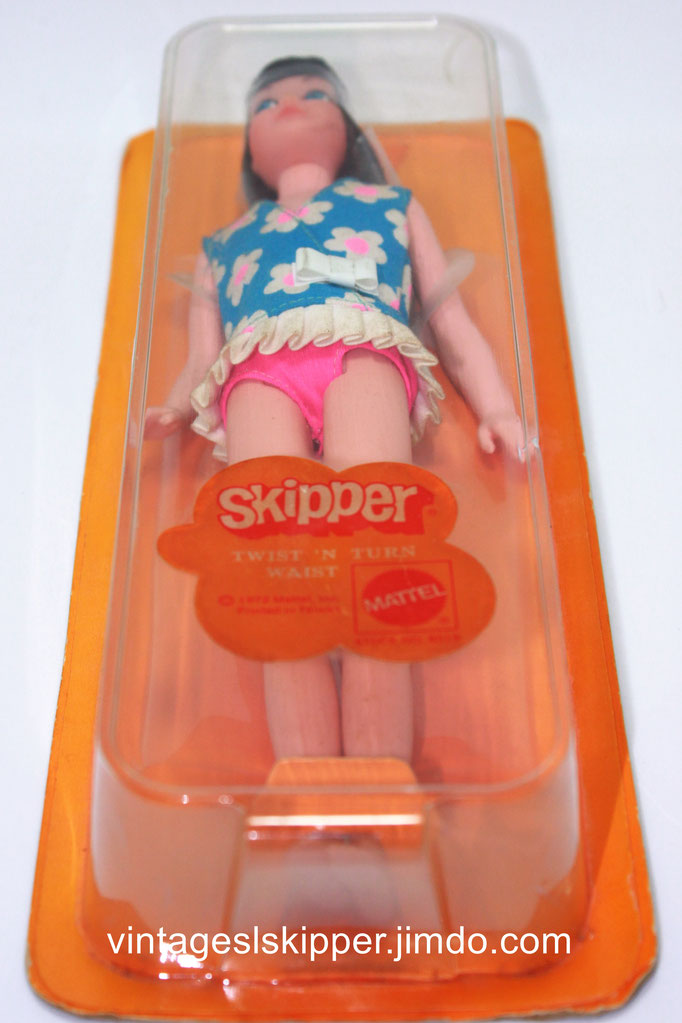 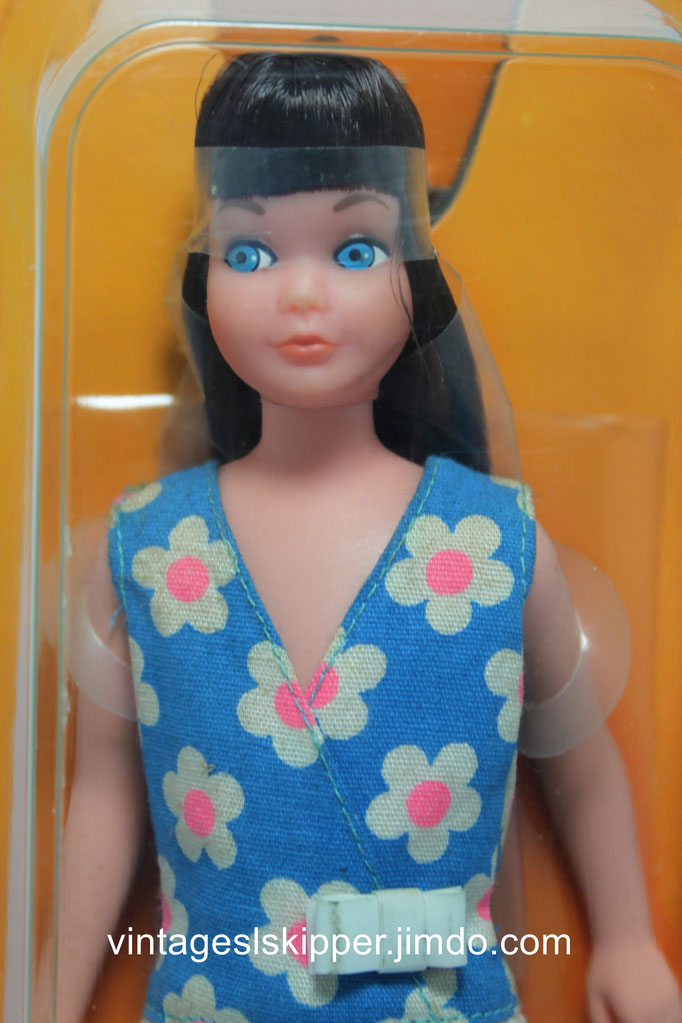 So pretty! Brunette "Deutsche Skipper" right out of her box ...: 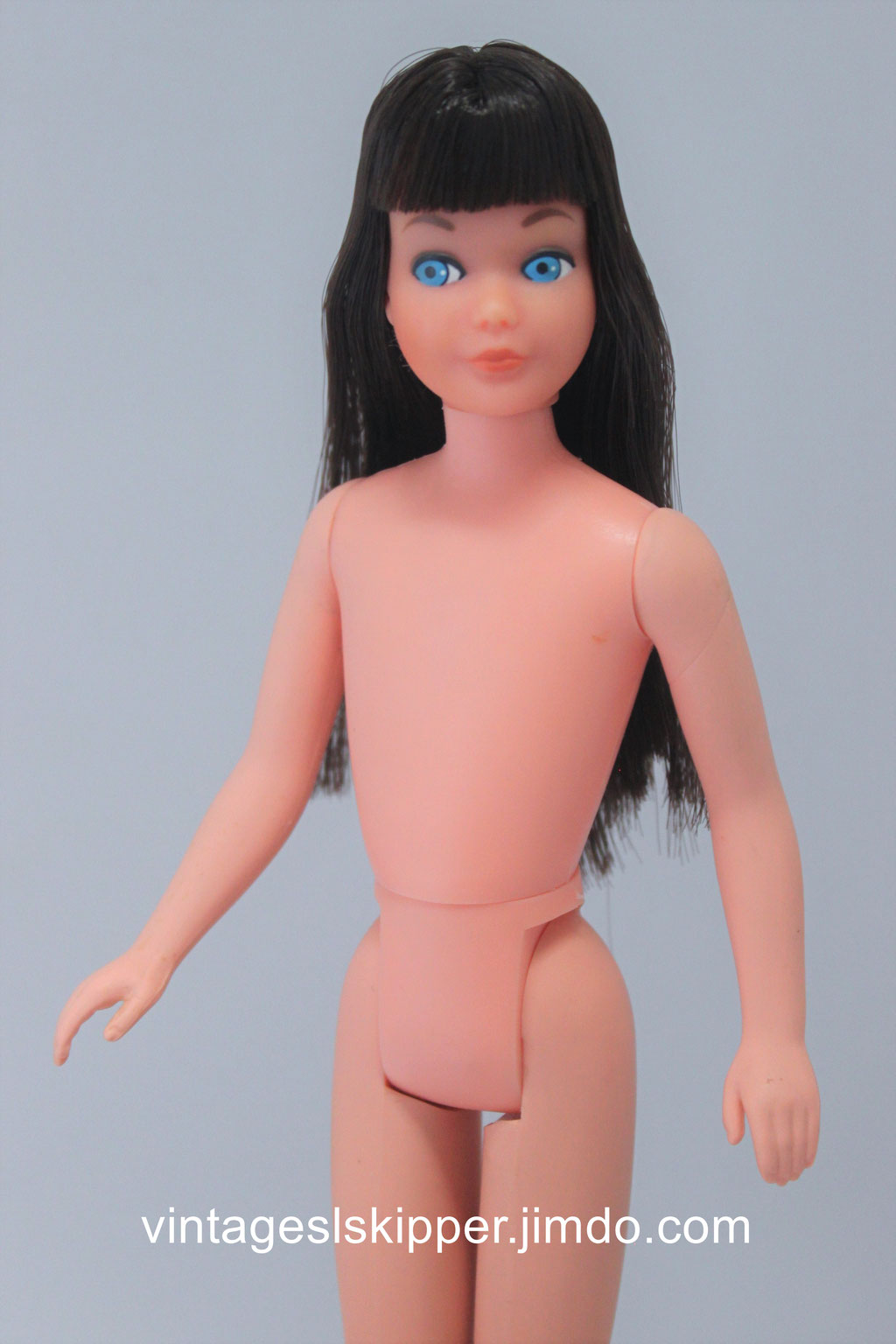 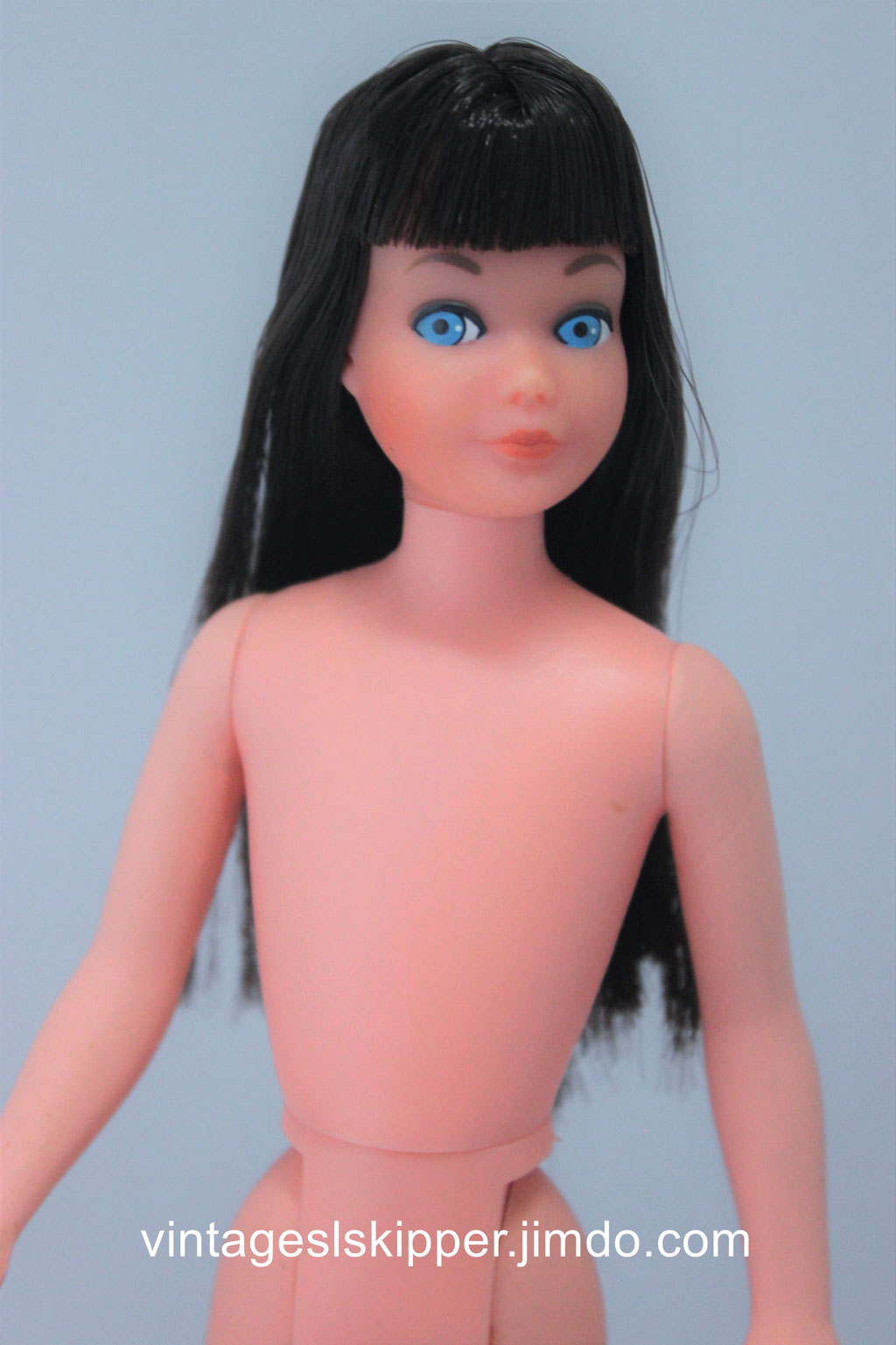 This doll wears a light blue swimsuit with a flower print, bow, and attached white pleated skirt with and pink slip. Since this fabric and swimsuit can only be found with this doll collectors pay a high price for the swimsuit (and the doll). Both the doll and the OSS are very hard to find - even harder in a very good condition.

European Skippers are the last Skipper dolls which are produced with the early SL Skipper head mold AND side-glance. All future Skippers have centered eyes.

The markings of this doll are:

In 1973, Skipper #8519 officially doesn't exist any more. But Mattel evidently uses some left over parts of this doll and mixes them with parts of her successor #8126 (that's what collectors call "transitional dolls"): In the German Barbie booklet from 1973 you can see a Skipper doll dressed in the original swimsuit of Skipper #8519 and with the head of #8519. However, this doll has the stock number 00-8126 (#8126) and the bendable legs of Skipper #8126. There were dolls found that way and their original owners stated, that they got their doll this way when they were kids.

Instead, you can indeed find another rarity: a doll with the body, arms and legs of Skipper #8519 and the head of Skipper #8126. This doll wears the blue two piece bathing suit of Skipper #8126. She was sold in the same blister cards like #8519. You can see a picture of this doll - NRFB - in the Christie's auction catalogue "The Letje Raebel and Marina Collection" from 2006.