Toots is almost identical to Cricket from the American Character Toys Inc.

Back in the 60s American Character Toys Inc. licenses European Toy manufacturers - such as "Schildkröt" in Germany, "Bella" in France and "Palitoy" in England - to produce Tressy and family dolls for their country. These dolls differ from the originals. In Germany, Cricket is called "Babsy", in France her name is "Snouky" and in England she's called "Toots". All these dolls are well made made and have the growing hair function.

In the U.K., Palitoy produces and sells Tressy's little sister "Toots". Her stock number is #30601. Toots is sold starting 1965, and is available for several years. She comes with hair in shades of blonde and brunette. 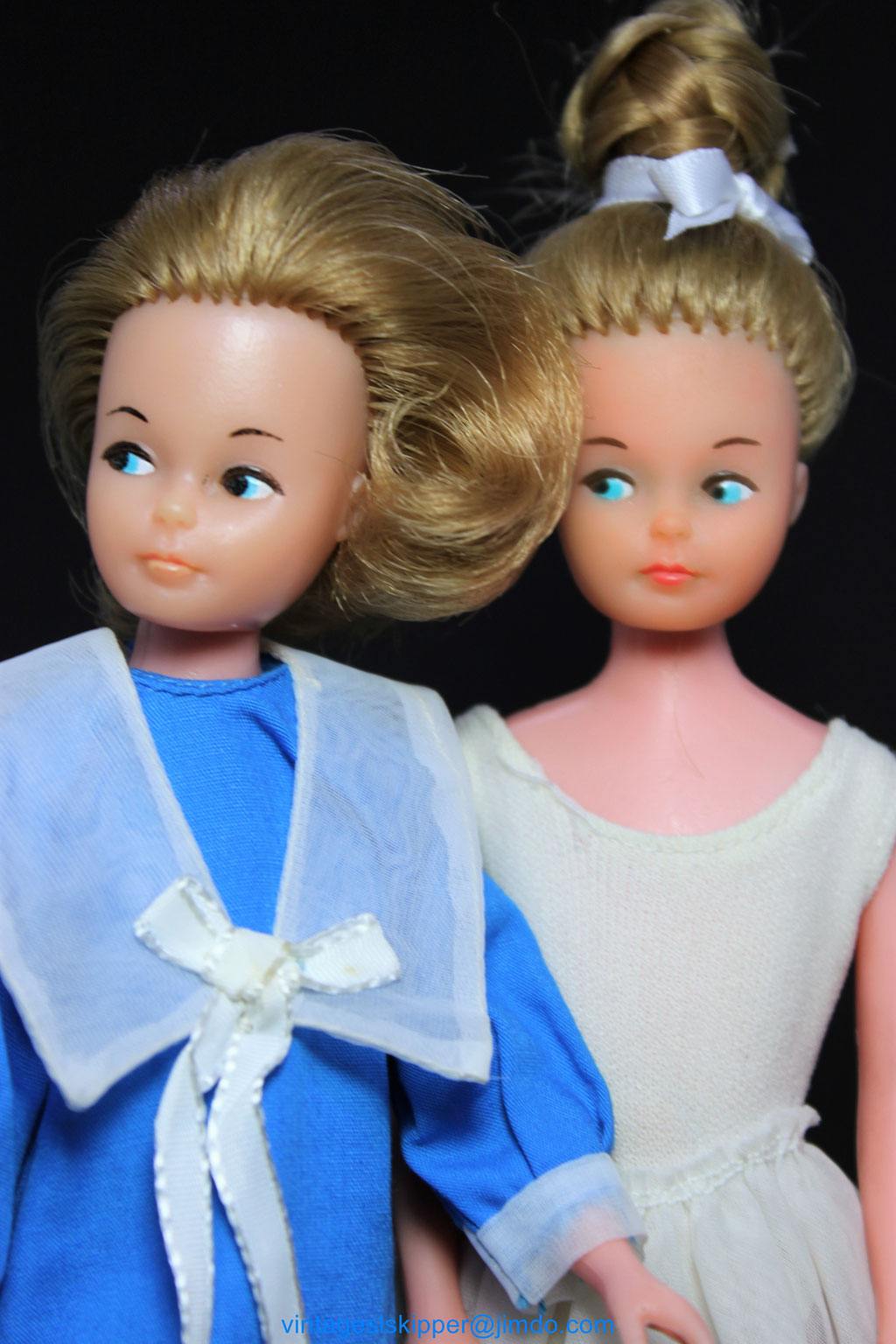 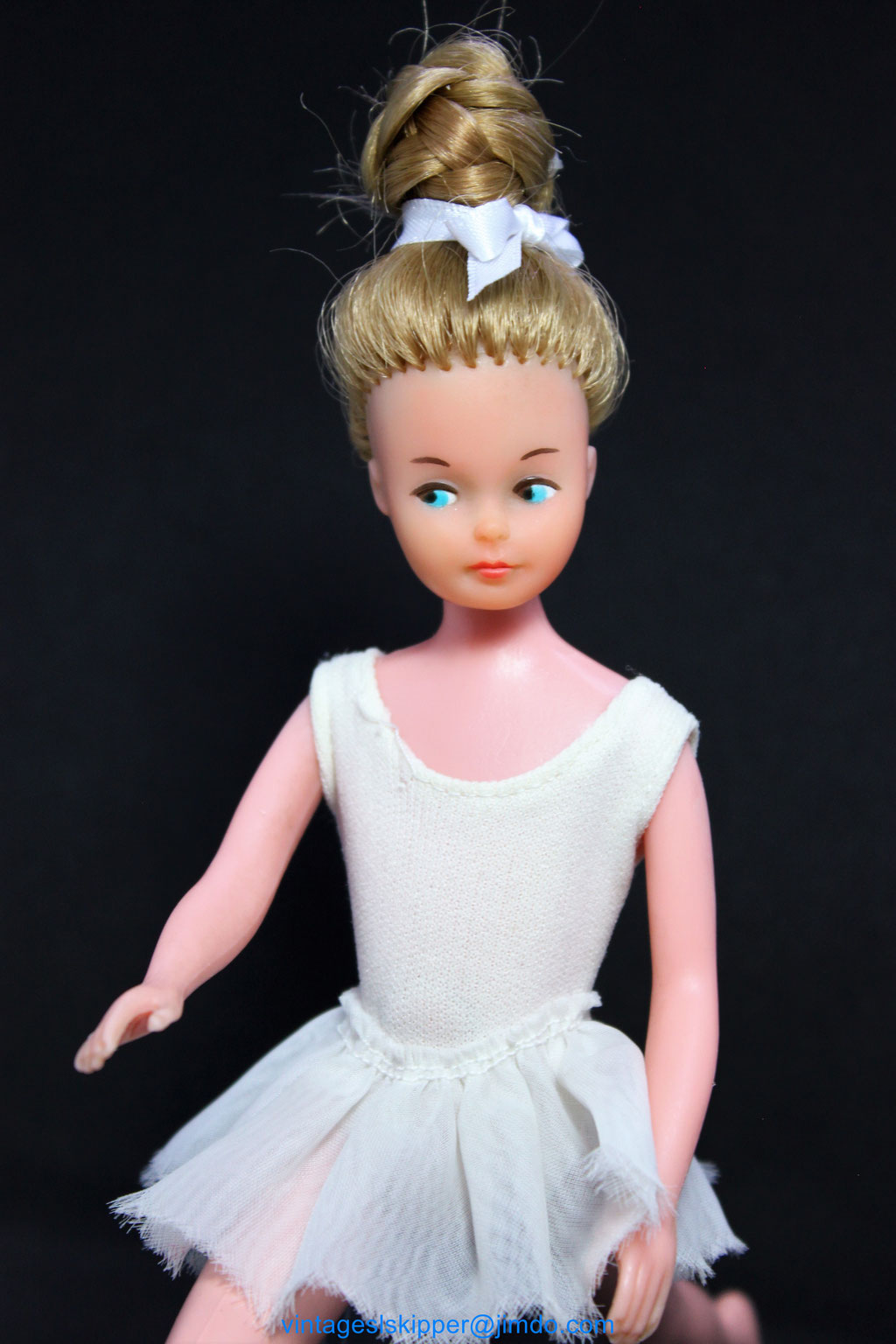 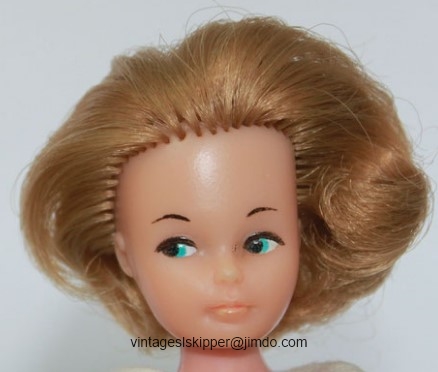 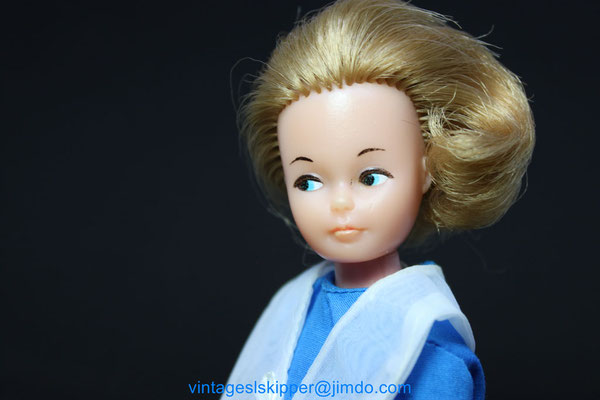 WILL BE UPDATED SOON !!!Probably all of Cricket's fashions had been avalaible for Toots as well, however, some of them had different names and stock numbers in GB.

I couldn't find a booklet for Toots (and her sister) yet.

Cricket's Gift Paks probably weren't sold in the UK and Germany, but this information isn't confirmed.

For more information on the outfits and gift paks please go to the chapters "Cricket" and "Snouky". Some are also pictured with "Babsy".

NRFB Outfits for Toots (and her international counterparts) which are not pictured in the booklet (other fashions shown on the pages of the other dolls): 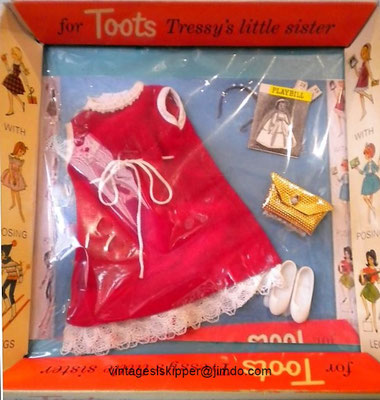 Doll to the left: Toots dressed in "Bowling Beauty" with her adorable accessories. 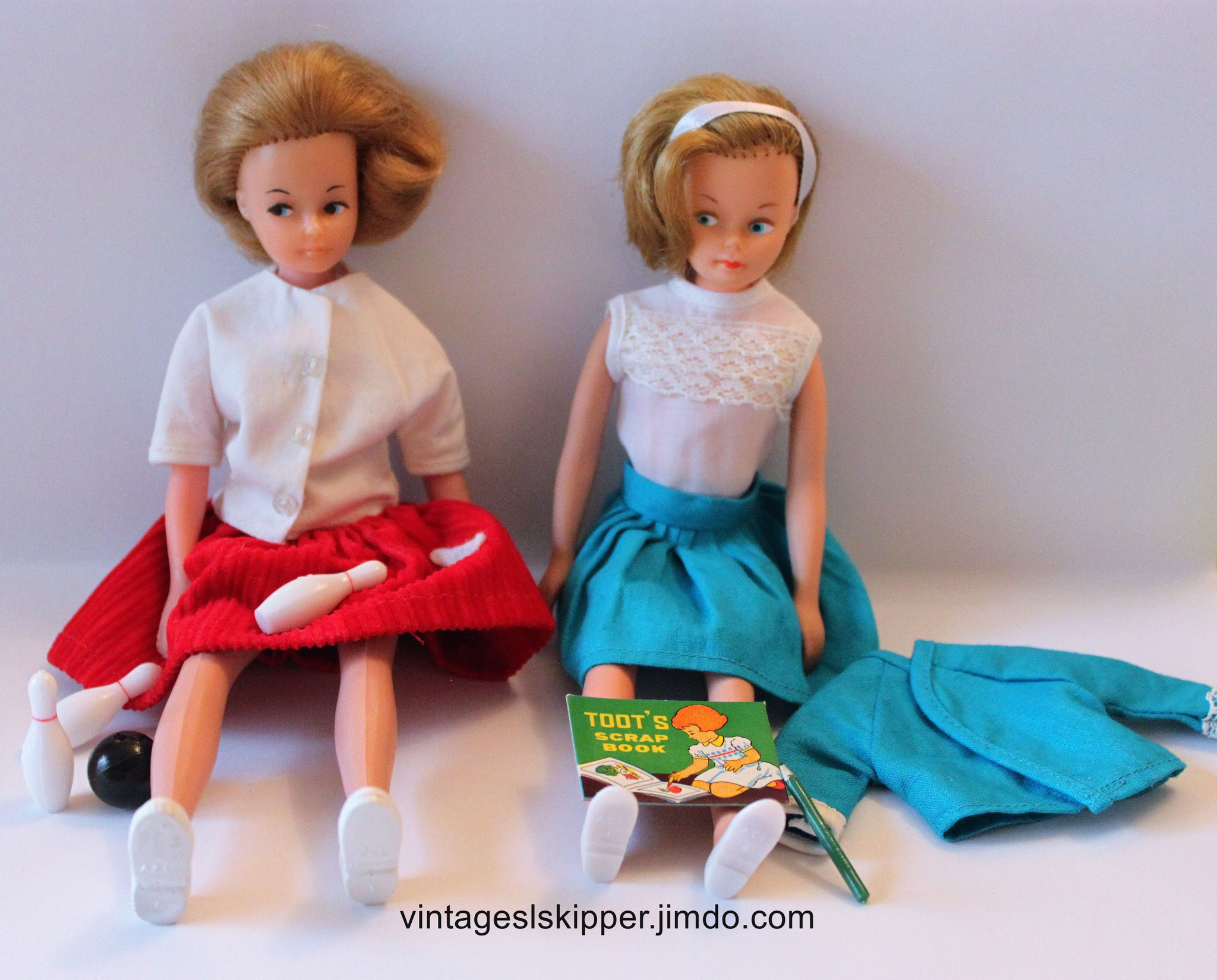 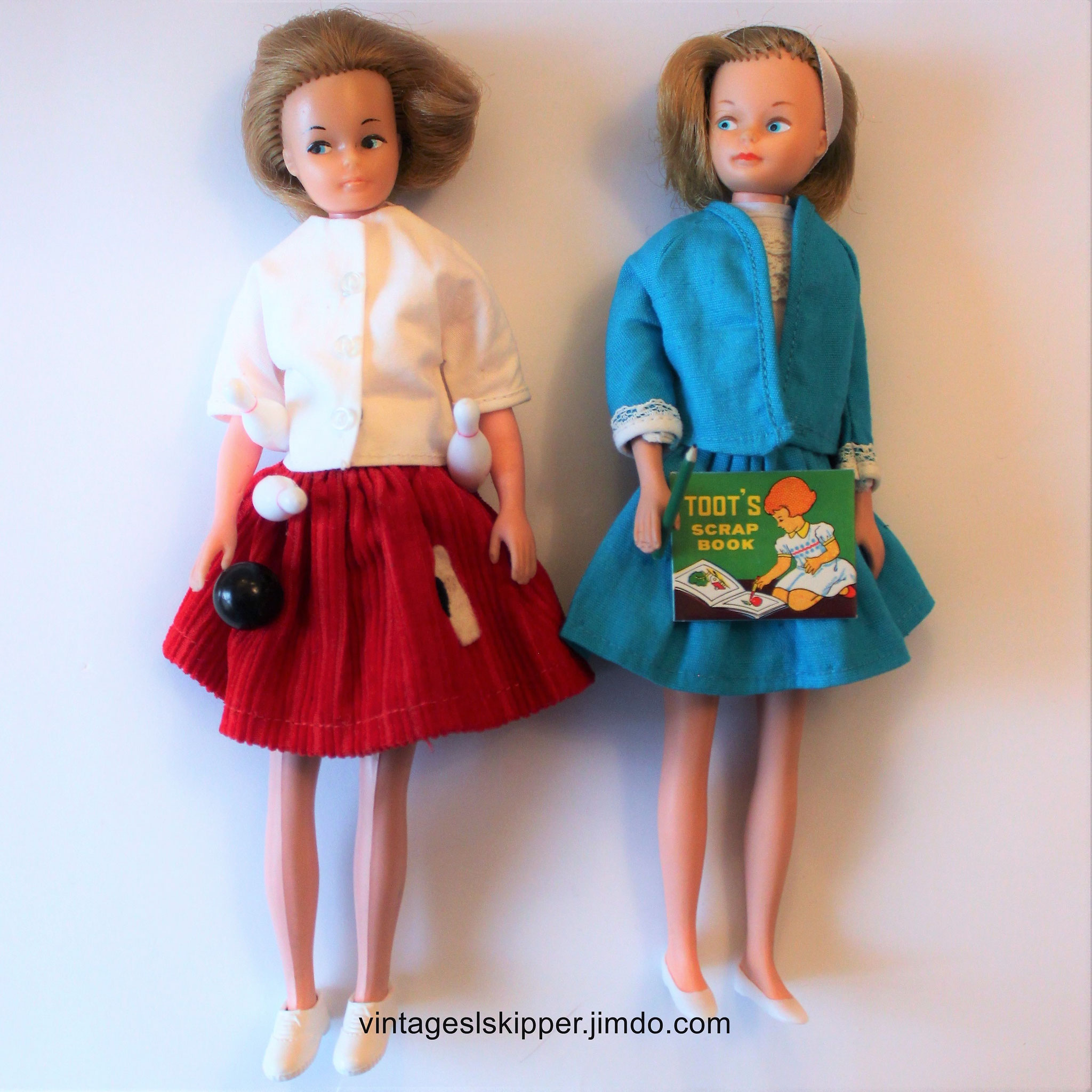 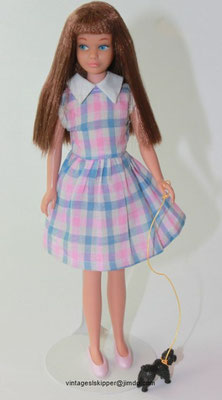 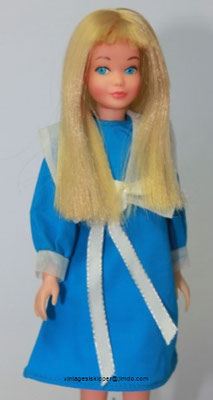 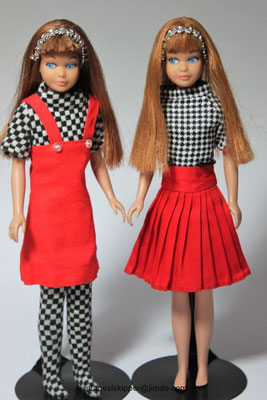 Toots counterparts from all over the world: