The German company Plasty sold three versions of Peggy dolls during the 60s and early 70s and some more  in the 80s. All of them were produced in Hong Kong.

The first version is a Skipper look alike with long hair and bangs, her eyes glance to the right. There are no markings. She has straight, non-bendable legs. Brunette dolls wore a blue two piece swimsuit and blue flats, blonde dolls were dressed in a yellow (top) and red two piece swimsuit and red flats. A blue stand was included. Some dolls have been found with a red one piece swimsuit. This doll was sold between 1966 and approx. 1968. Some later dolls might have Hong Kong markings on their backs and a PETRA marking on the back of the head. This Peggy version came in a box depicting a Peggy doll dressed in a red swimsuit.

The second versions' face looks more mature and the body has small breasts. Like Peggy version #1 she came with a gold head band. At first, she came dressed in a red or pink one-piece bathing suit and had straight legs. She was probably sold in the same box like Peggy #1. Later dolls were sold as dressed dolls wearing a checkered dress (several color variations) and matching flats, they had bendable legs. These dolls were sold in a plastic bag inside a new box and came with a blue plastic stand and flats. Head marking: Petra. Body marking: Davtex (some dolls had no markings at all). Peggy #2 was sold from approx. 1969 'till 1973. Later dolls had a new box.

Plasty was a German toy company, located in Neulussheim, founded in 1964. In 1970, Plasty was sold to Airfix. Around 1982, Plasty got back the rights for the company. In the 1980s, "Lundby" of Sweden more or less took over Plasty. Plasty was closed in the mid-90s, after they sold their Petra dolls to a company in the U.S. (Kenner Parker/Hasbro). Plasty also produced "Petra" - the "German answer" to Barbie. Petra was sold 500.000 times when she was launched in 1965.

Brunette Peggy #1 dressed in her original swimsuit, flats and headband and showing her box and stand: 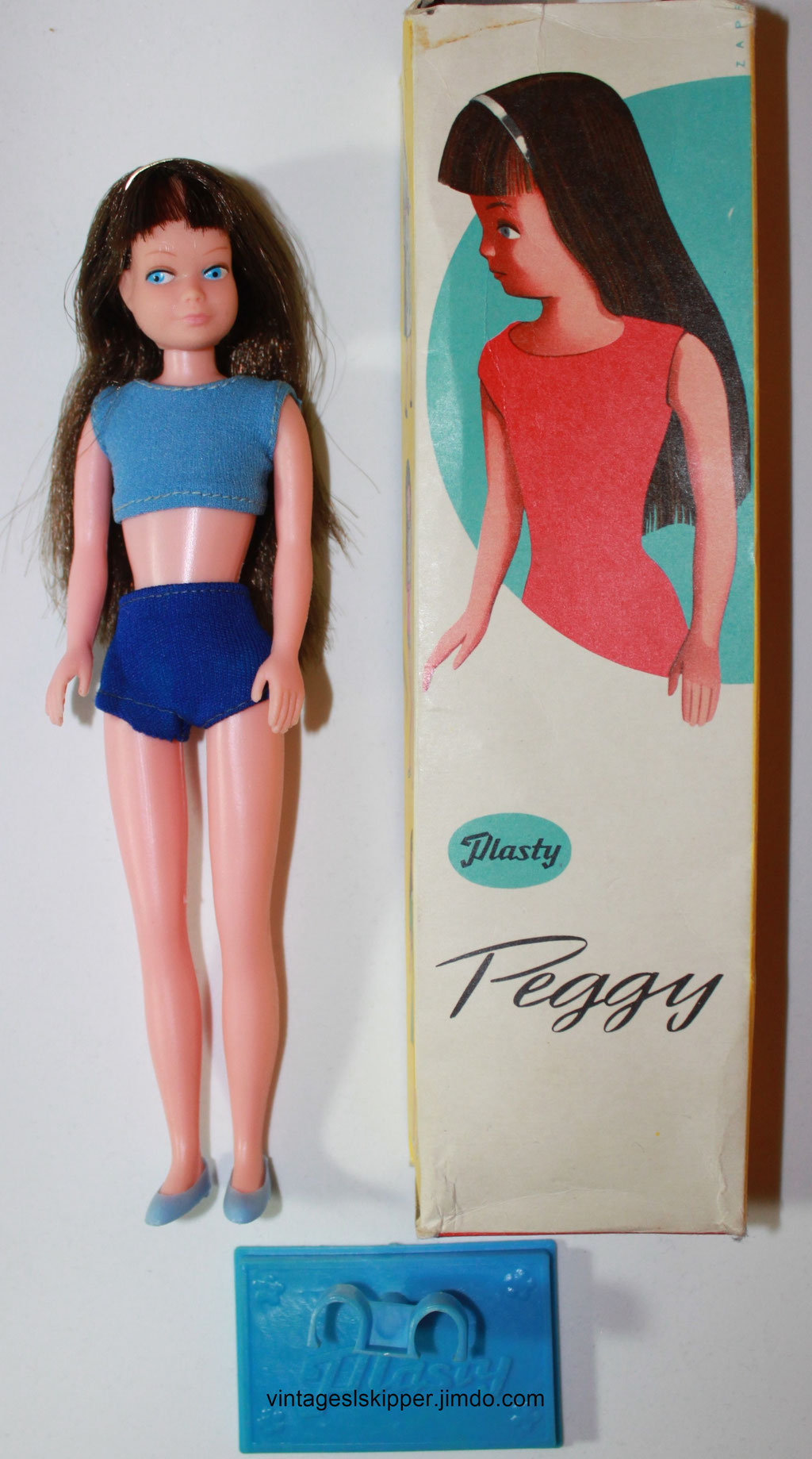 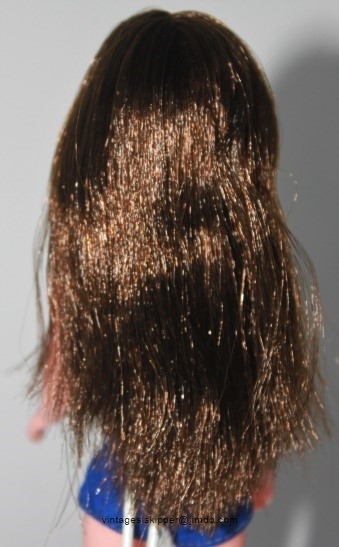 Both sides of the first, very rare box, showing the first six outfits available for Peggy :

Left picture: Blonde first version Peggy dressed in #58 from 1969 (until 1968 this stock number was used for another fashion). This fashion is very rare because it was only available for one year. 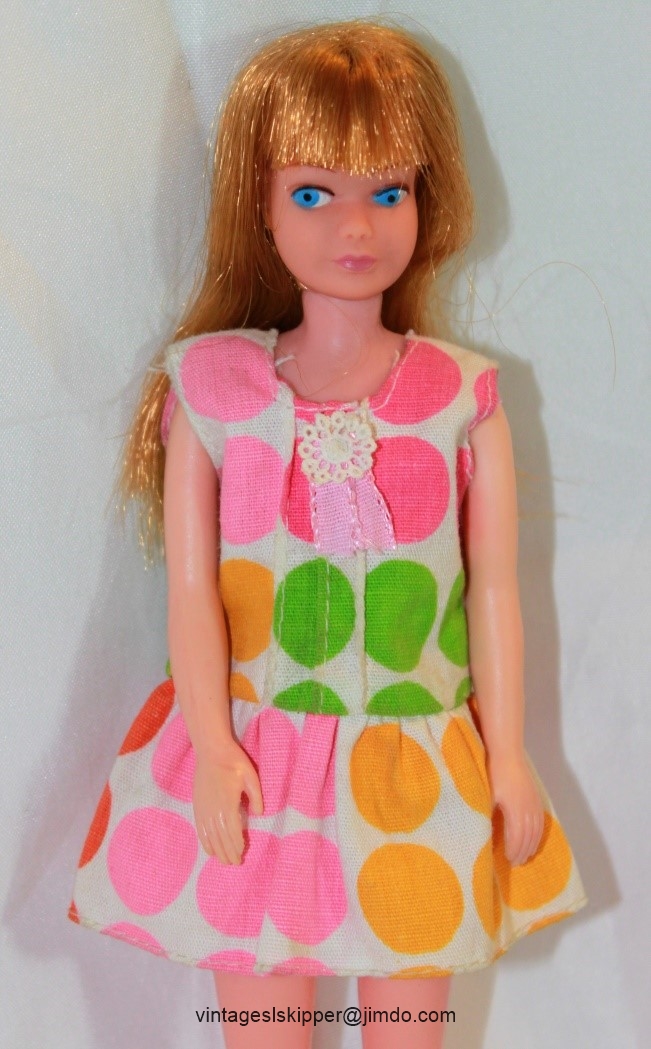 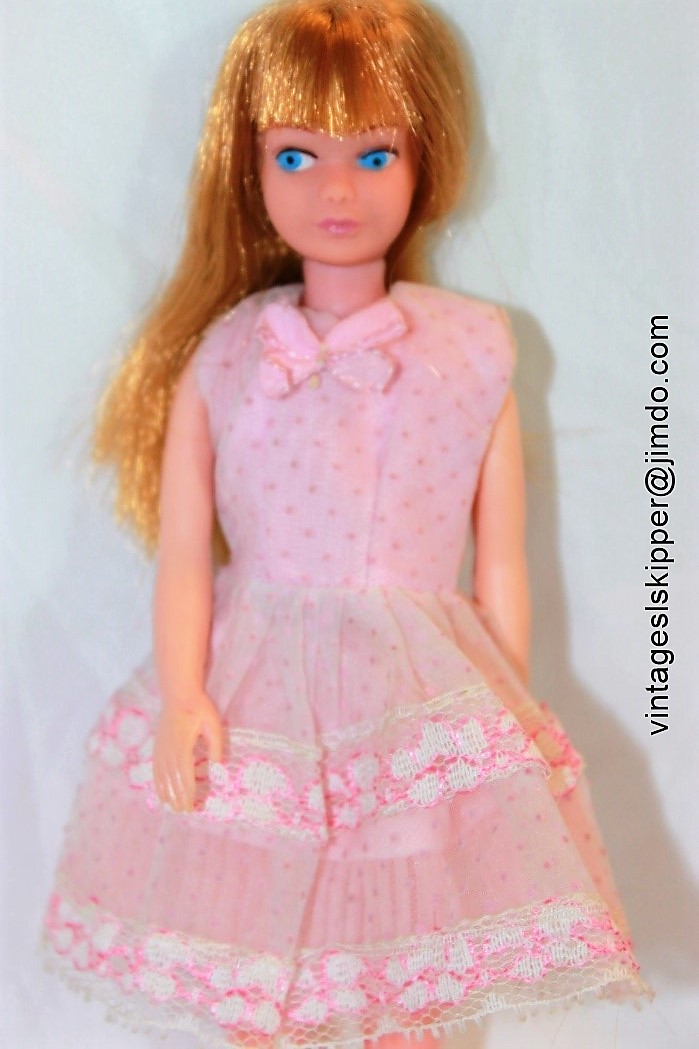 Two Peggy #2, both marked "Petra" and "Davtex". Left: Peggy in her original swimsuit, right: Peggy in one of her fashions: 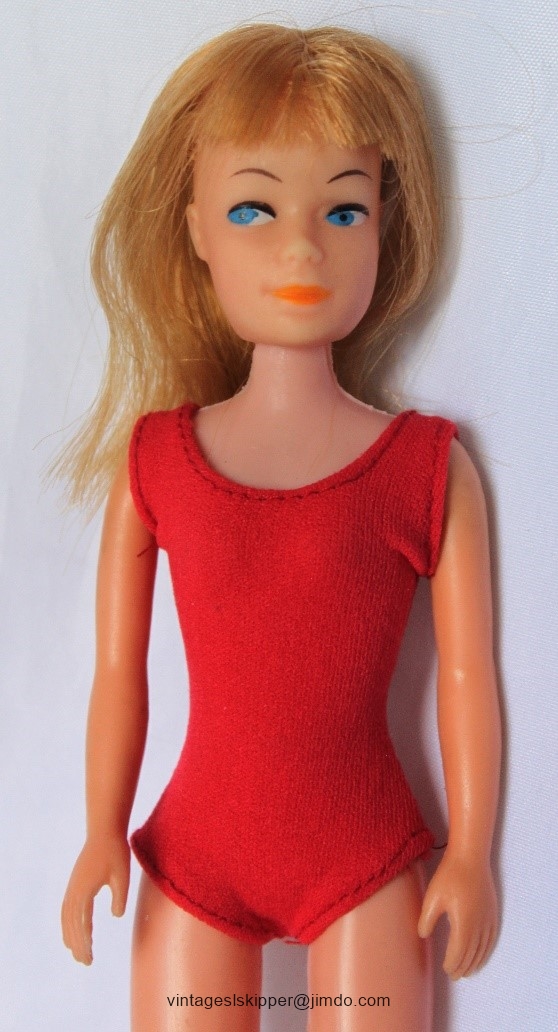 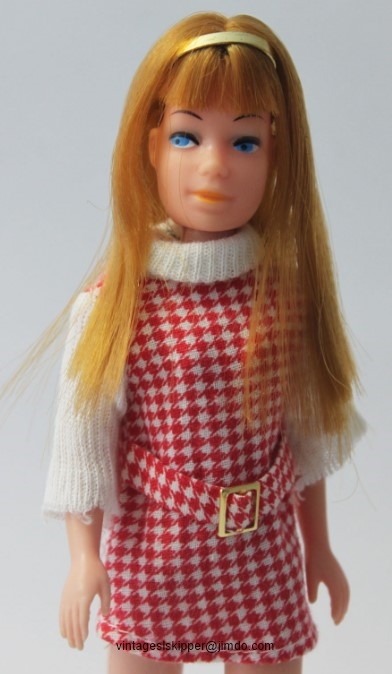 New box for the later version of Peggy #2: The dolls were sold as dressed dolls wearing checkered dresses, not with the fashion pictured on the box. The box states: "Peggy - new - now with bendable legs".

There also was a Peggy version (#3) with a "Busy Francie" head, so she can be considered a Francie clone rather than a Skipper clone. These dolls were sold from 1974 until 1978. The Peggy doll shown is marked "Peggy von Pasty". She's dressed in the original Peggy fashion #5754 ("Junge Mode für Peggy").

Later versions of this doll are also known as "Lorraine by Playmates". Usually, these doll's bodies are unmarked, however, some with HONG KONG markings have been found. 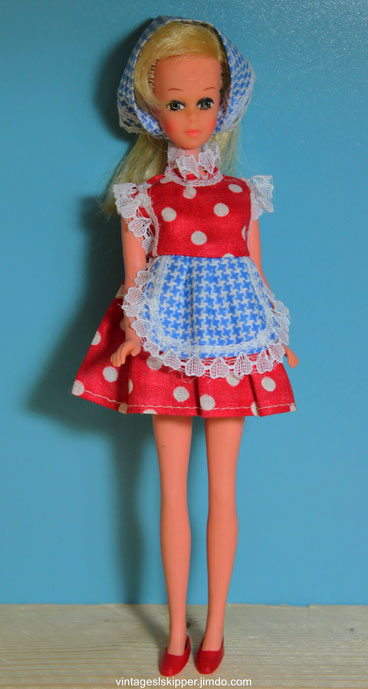 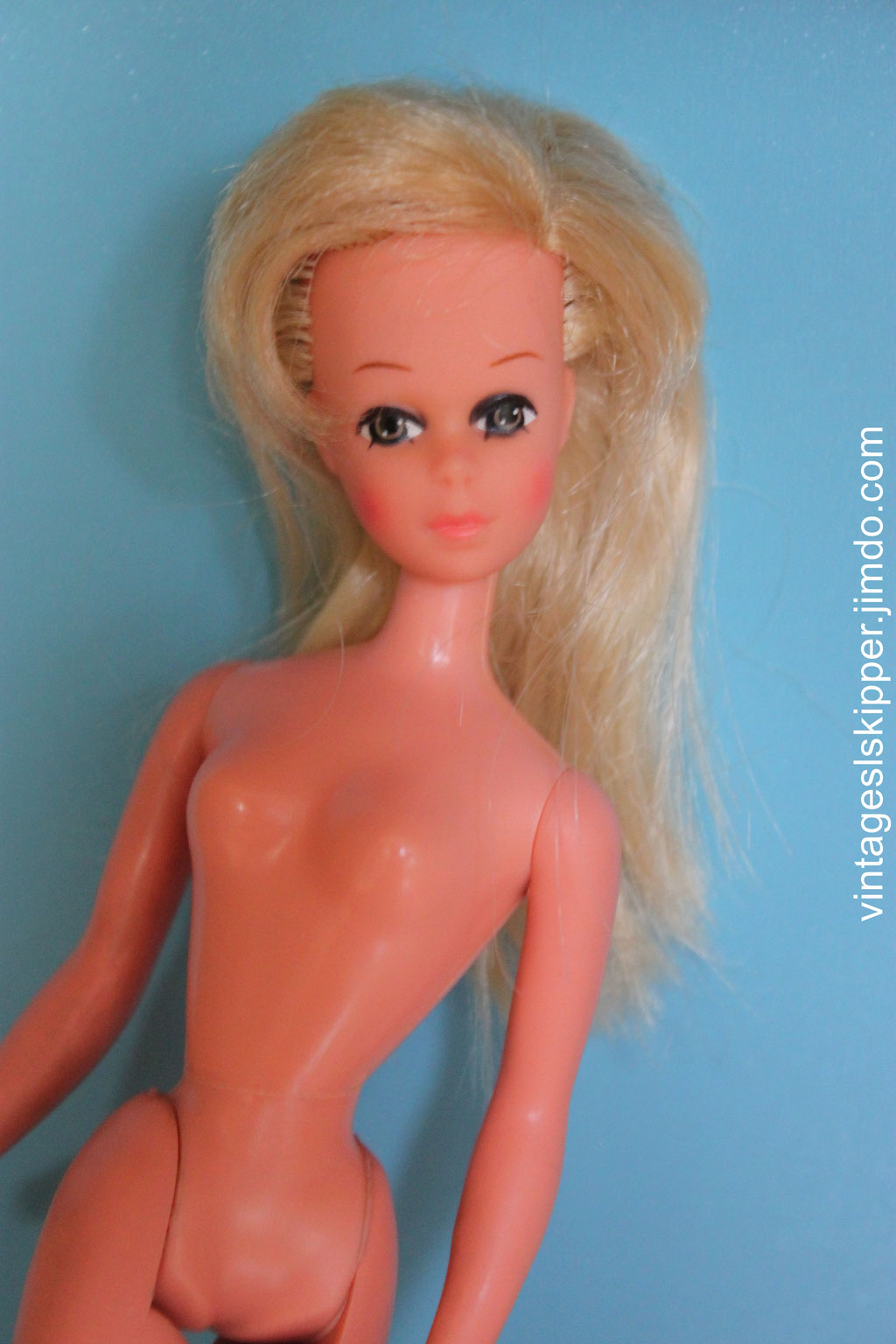 Pictured below are (from left to right): 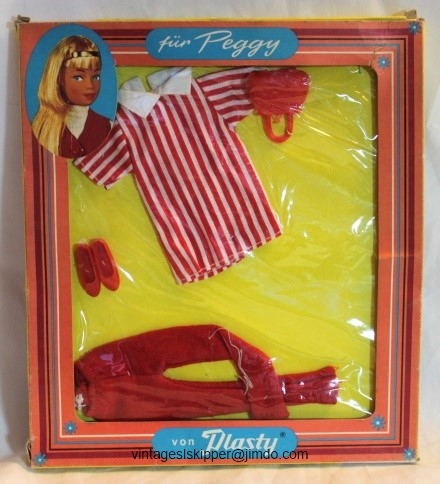 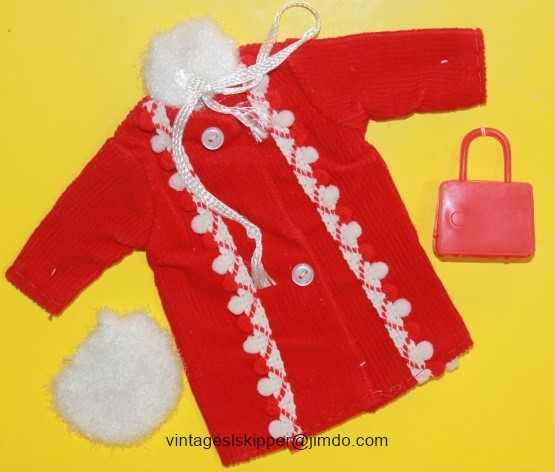 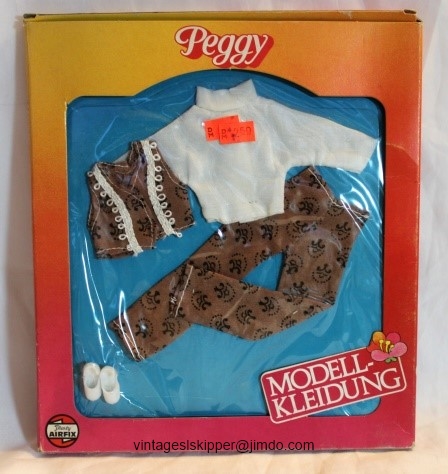 Pictures from the booklet:

("New fashions - new clothes in a larger choice than ever.") 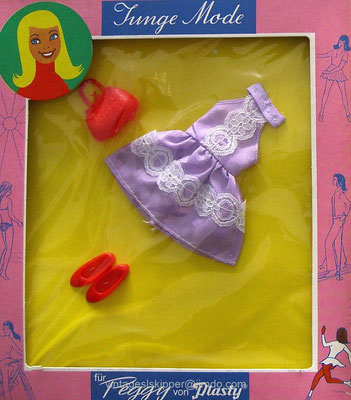 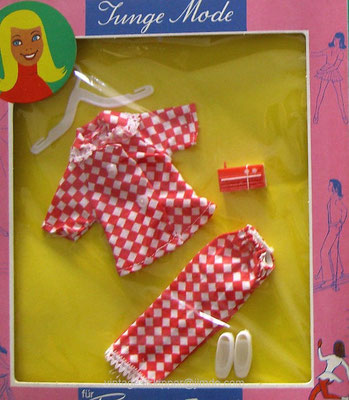 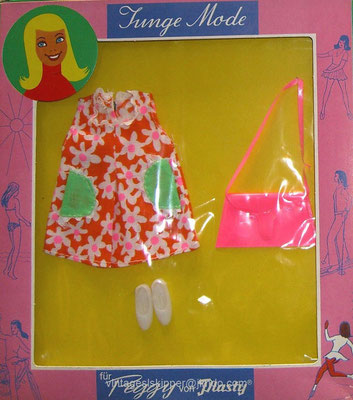 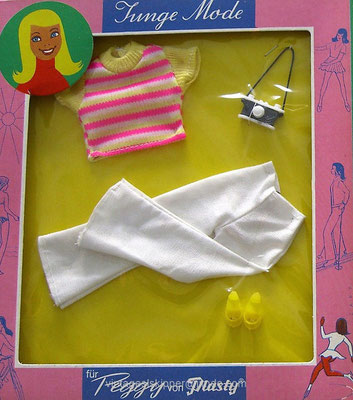 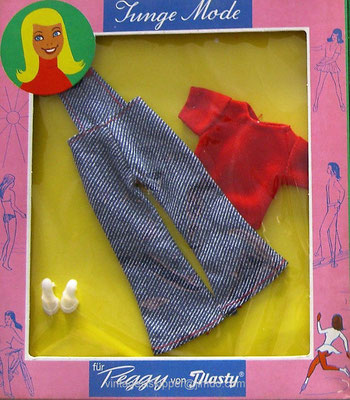 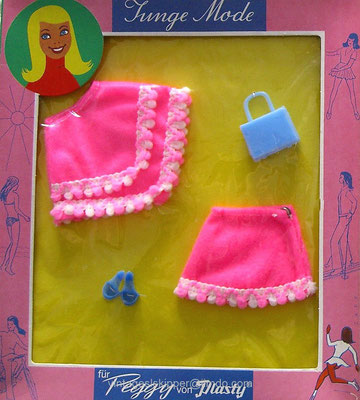 Test Market Skipper dressed in the very rare Peggy fashion #56 - shown in the first two booklet from 1966 and 1967 and pictured on the first issue box: 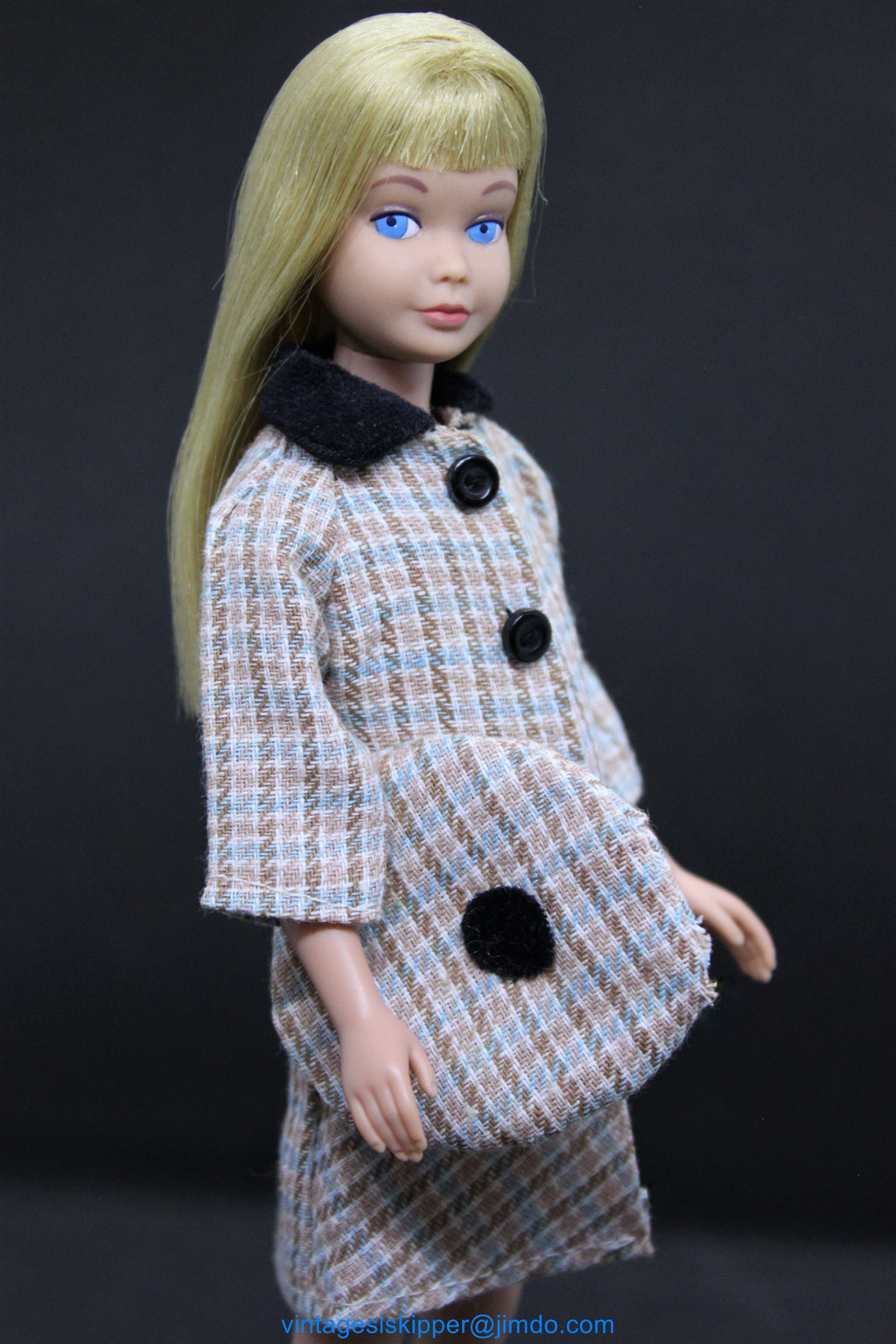 On this vintage ad you can see a Peggy doll in the top left corner. You can learn more about this playset by Crailsheimer on the page "Unlicensed Products" (there's a link below).