Partytime Skipper #9926 is sold in Europe from 1977 - 1979. She is never shown with her stock number in any German Barbie booklets, but you can find a photograph of her face in the German Barbie booklet from 1977 as well as in the 1978 and 1979 booklet. However, there are tiny differences in the European booklets, so I'm not surprised to find Partytime Skipper in a French booklet from 1978 (pls. see below).

Several vhtf - rare versions of the yellow original dress can been found (with different lace on each).

The other variations of this doll have different markings, are made of a slightly different material, have a smaller head and their hair is softer and comes in another shade of blonde. Usually, they do have rooted eyelashes, but I recently found one of these Partytime Skippers with painted eyelashes only. Markings:

Three versions of the Partytime Skippers (including the Funtime Skipper look-alike) have bendable legs, however, there's one version with "Philippines" markings which has non-bendable legs. This Skipper doll's head is made of a harder material than the other ones, it resembles the heads of the European issue Tutti & friends dolls. Also, her eyes are painted a little differently from the others.

For details on these dolls and their markings please scroll down.

Partytime Skipper made in Korea dressed in the regular version of the dress: 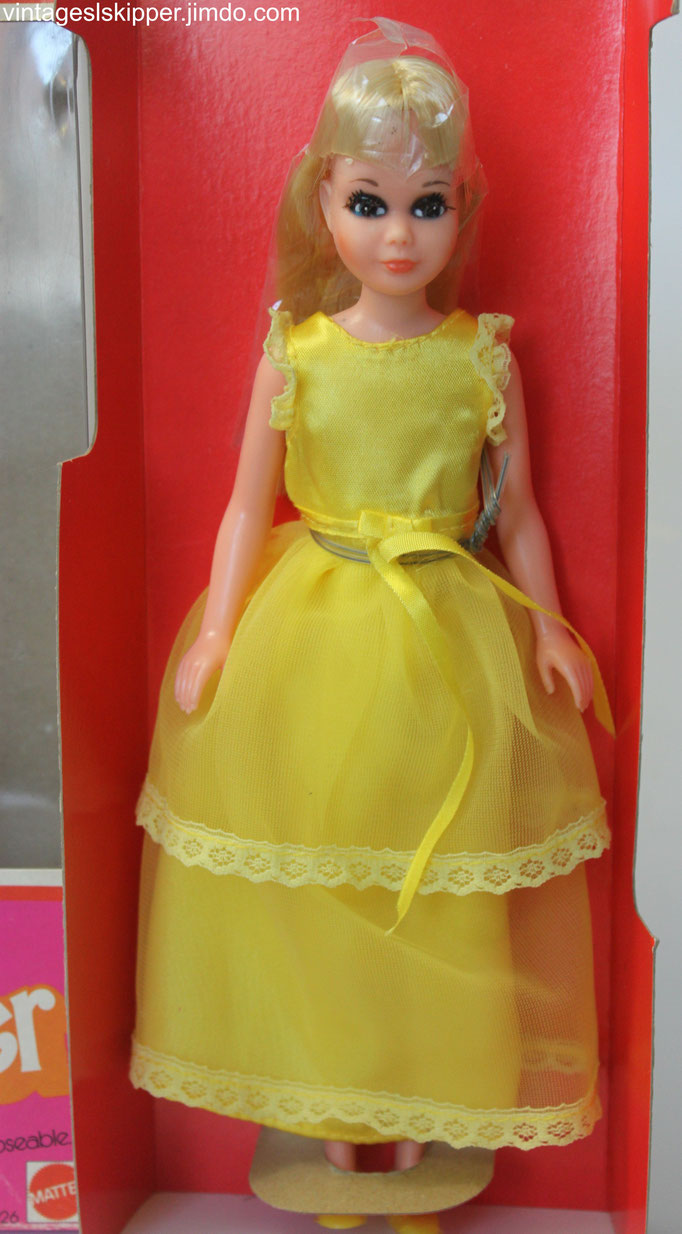 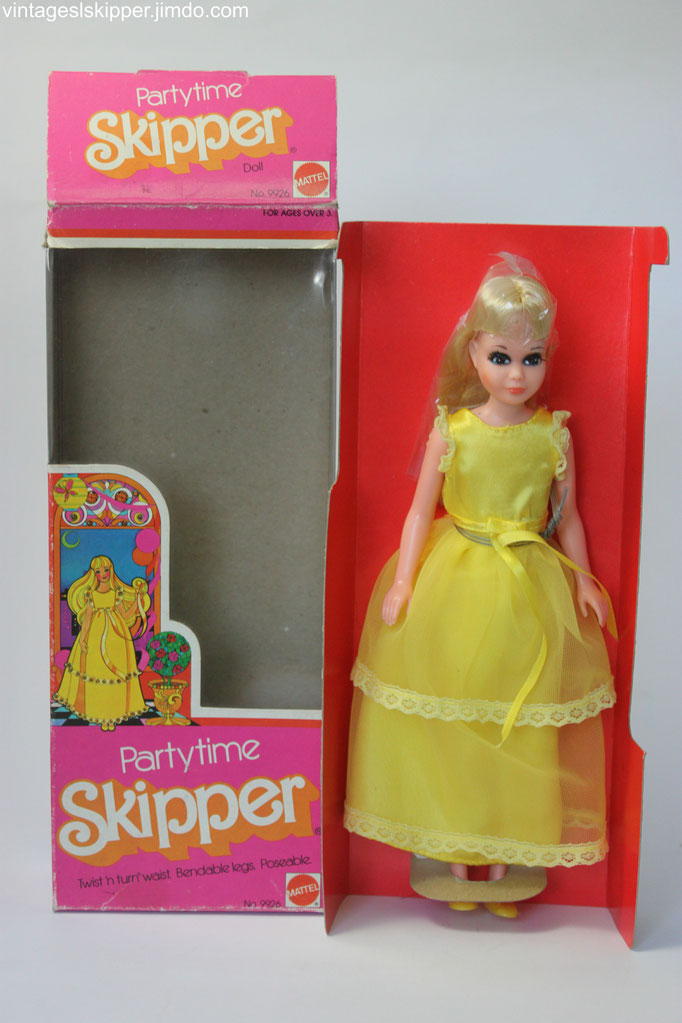 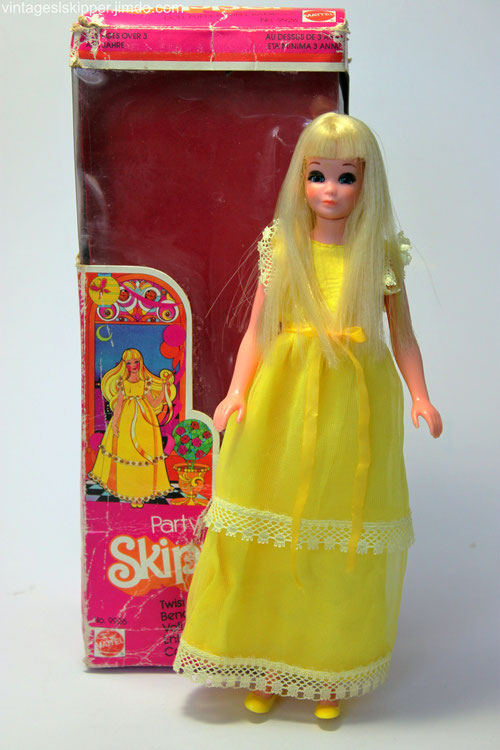 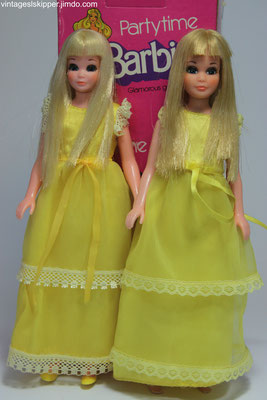 #2: Partytime Skipper without  rooted eyelashes. Her body markings are just like the regular Philippines version of this doll.

#3: Two Partytime Skipper doll versions made in the Philippines. 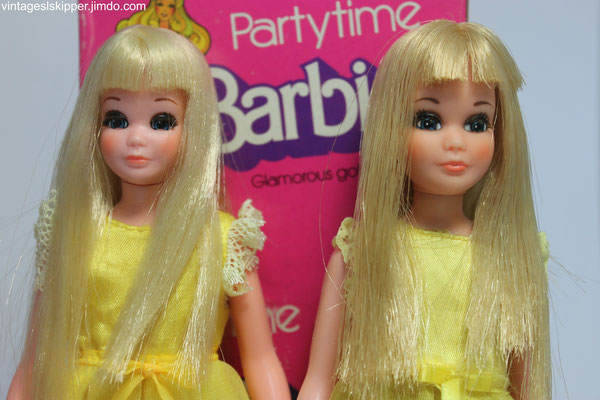 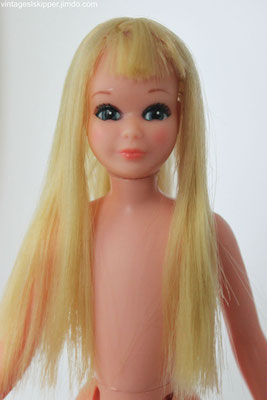 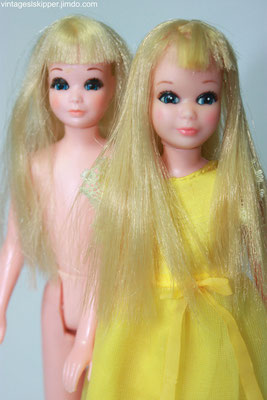 Overview of the four versions:

Comparison of two "Philippines" versions of the Partytime Skippers. The left doll is the doll with straight legs. To the right you can see a bendable legs version without eyelashes. As you can see, the eyes were painted a little differently (look at the small white spot):

There are many hard to find or rare variations of the original dress: