The first Skipper dolls were sold with straight legs, which were also used on the pink skin Skippers (inclusive the Japanese Skipper dolls and the Re-Issue Skippers). You can also find them on the European TNT Skipper #8126 (but without markings on the feet). The legs used for the bendable legs Skippers (inclusive TNT Skippers) were very much identical and only differ by the markings on the feet or slight changes to the feet themselves. With the beginning of the 70s and the introduction of the Dramatic New Living Skipper, several new leg molds were used on different kinds of dolls, along with legs that look similar to the vintage bendable legs.

Skipper’s arm molds also changed over the years. The vintage dolls had hard arms with a slight bend and the small finger on their right hand was embossed. This mold was used on almost all the dolls between the beginnings and 1970 (Vintage Skipper Arms).

In 1972, with the introduction of the TNT Skipper Europe #8519 – whose body looks very much like the pink skin Skipper bodies of the 60s – a new mold appeared, where the small finger was not embossed any more, and the hand was now rotated forward. The doll had straight legs.

The material used was very flexible. The arms showed melt marks from the form on the outer side. These arms can also be found on the dressed TNT Skippers #8126, which also share the same torso and – made of a harder, non-shiny material – on some of the TNT Skippers #8126 (German Skipper Arms). These dolls came with the "Vintage bendable legs".

When the production moved to Korea, this arm mold was still in use, but the material changed to a harder, shinier plastic (Shiny Skipper Arms). These arms can be found on some of the Funtime and Partytime dolls made in Korea and on the Malibu Skippers made in Korea. These dolls were produced with the new, shiny bendable legs, which weigh less than the vintage bendable legs and appear skinnier.

Then again the mold changed slightly. Now, the forearm was bent forward and the angle between body and hands was larger. All the Partytime Skipper and Malibu Skipper dolls marked Philippines have these “Philippines Arms”. Philippines arms tend to loosen at the shoulders. 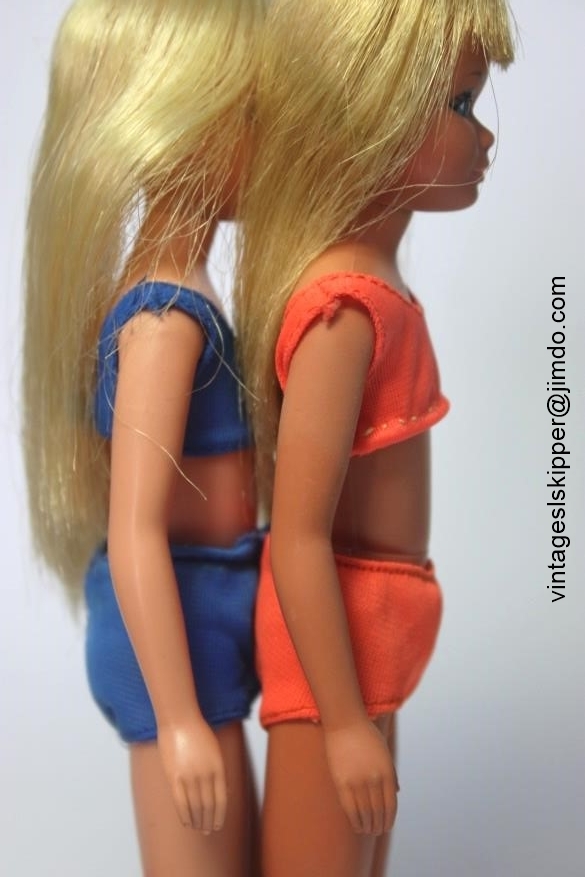 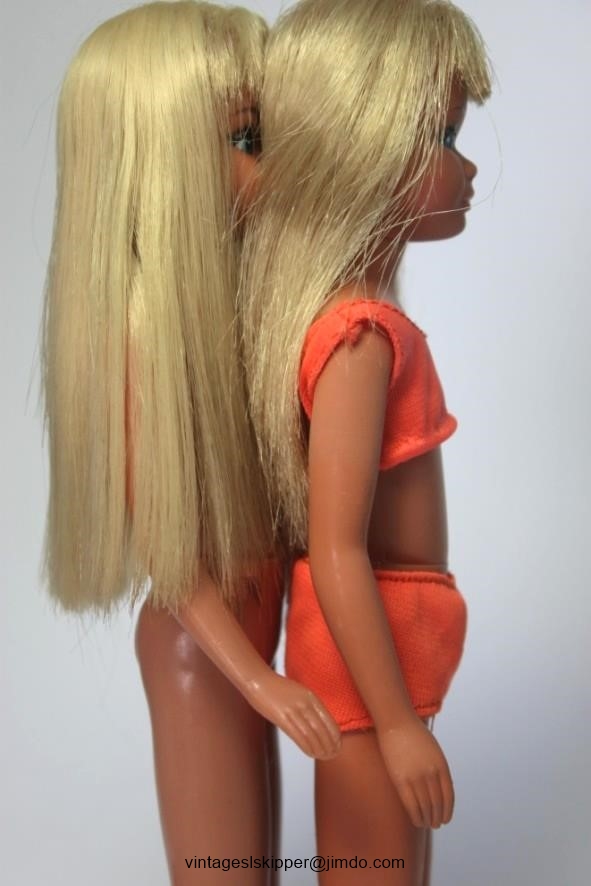 In the following years, the arms underwent further changes, and some later Skipper dolls do have arms that resemble the vintage ones very much (for example Sea Lovin’ Skipper from 1985 or Tropical Skipper from 1986).

On the next page, you can find a list of all the Skipper dolls issued from the beginnings until 1988, when the last Skipper doll with the vintage head mold was released. (Boxes are usually dated one year earlier). Arm and leg molds are only mentioned if they are helpful to identify a doll.

I still need to find out how to upload my file, so this page is still under construction!