Snooky is Cricket's French counterpart. Back in the 60s American Character Toys Inc. licenses European Toy manufacturers - such as "Schildkröt" in Germany, "Bella" in France and "Palitoy" in England - to produce Tressy and family dolls for their country. These dolls differ from the originals. In Germany, Cricket is called "Babsy", in France her name is "Snouky" and in England she's called "Toots". All these dolls are well made made and have the growing hair function.

There are two Snouky versions. The first version is sold in 1965 and 1966 and has straight legs. She comes in in a red box that states: "Tressy vous présente sa petite soeur Snouky" ("Tressy introduces you to her little sister"). The second version - with bendable legs - is sold in 1967, 1968 and 1969 in an orange box stating: "Snouky" and "Bella". Most dolls have blue eyes, a few ones have green eyes. Snouky is sold in different shades of blonde and brunette. 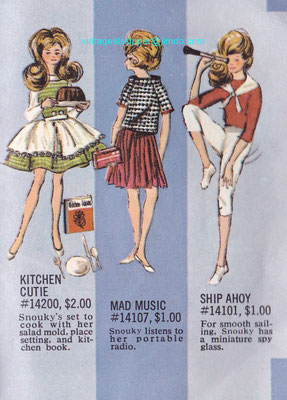 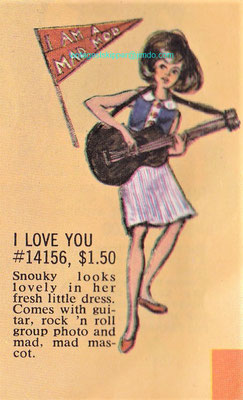 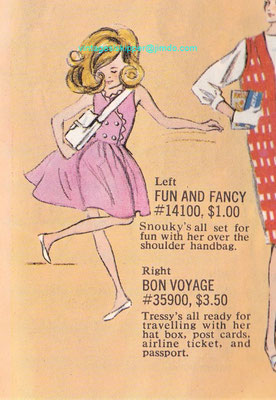 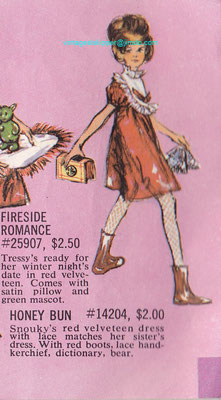 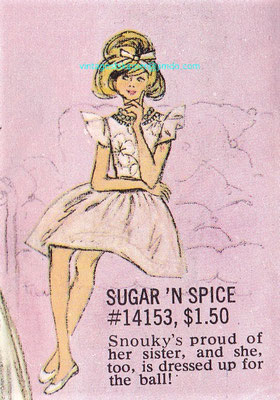 The following fashion wasn't pictured in the booklet, it is called: Yeah! Yeah! Yeah!:

There are three gift paks for Snouky. One of the sets is called "Snouky's deluxe travel trunk": A blue Cricket case which contains a Snouky (or Cricket?) doll in "Party Pretty". The case was also found in the USA with a Cricket doll dressed in her ballet outfit. Also included is the fashion set "Kitchen Cutie". The outfit comes with a lot of lovely accessories, such as a cake tin and a "Kitchen Ideas" book.

In the U.S.A. the same sets are available and are called: "Cricket and her hair glamour kit", "Cricket and her fashion shop" and "Cricket's deluxe travel trunk". These gift paks are probably not available in the UK for Toots or in Germany for Babsy.

The gift paks are made in Hong Kong and are rare: 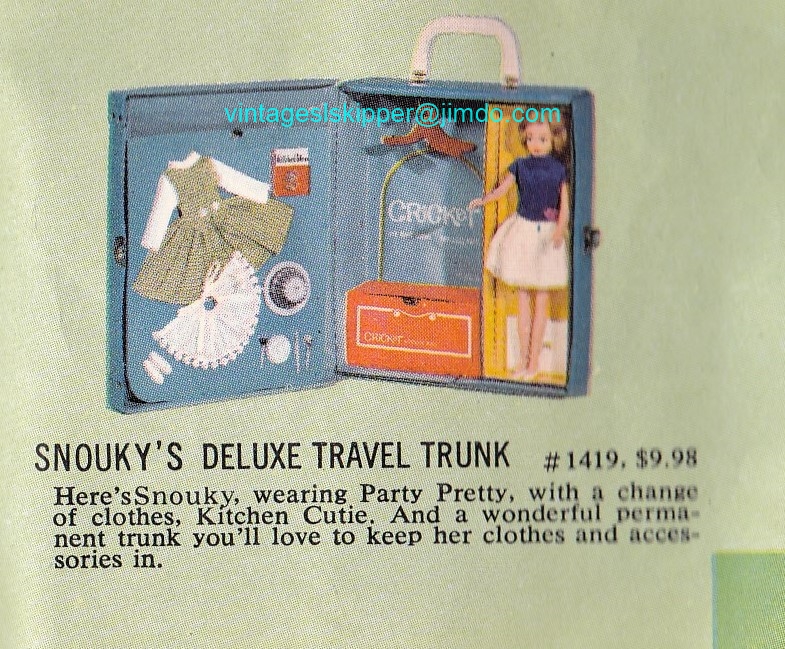 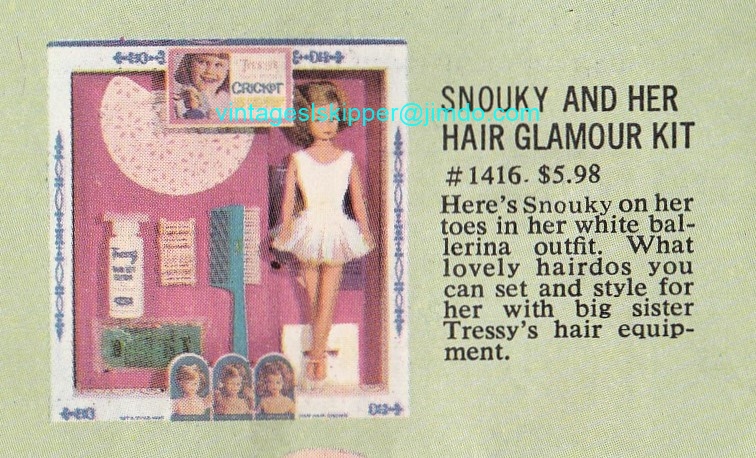 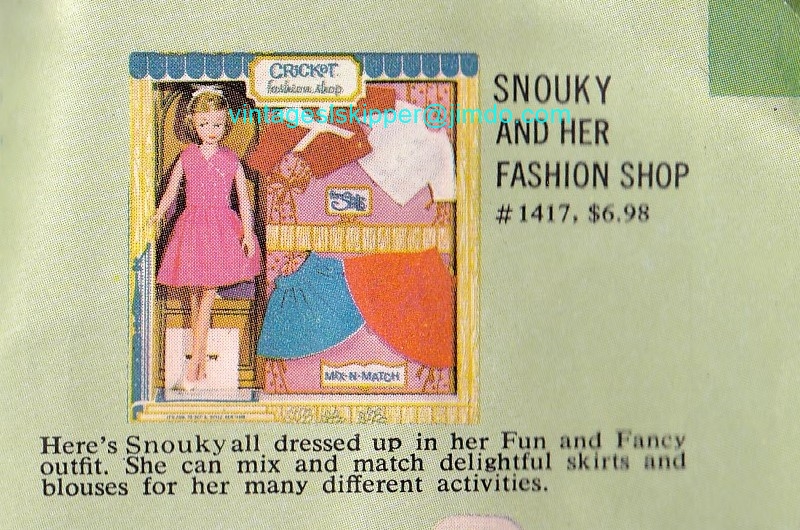 Snouky's "sisters" from all over the world: